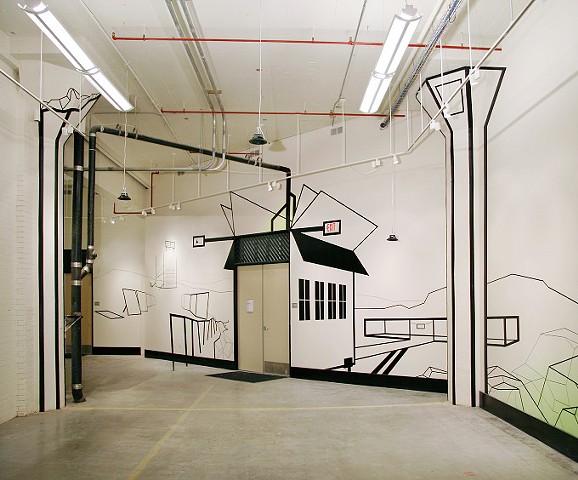 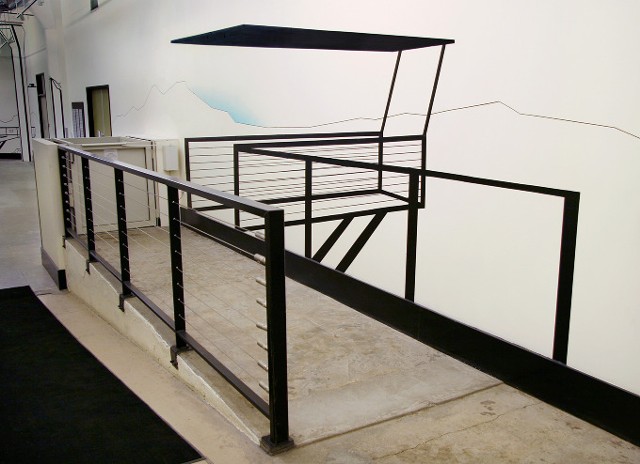 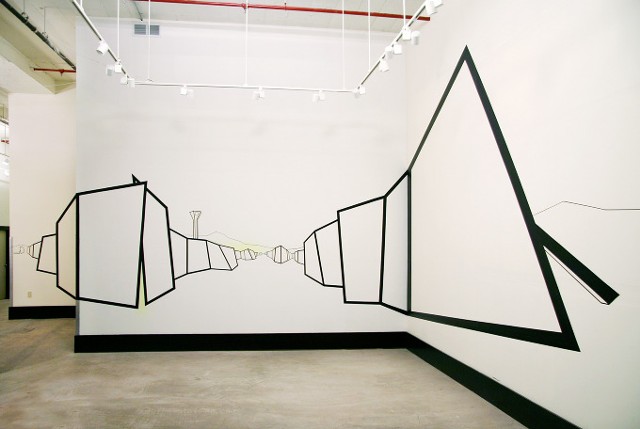 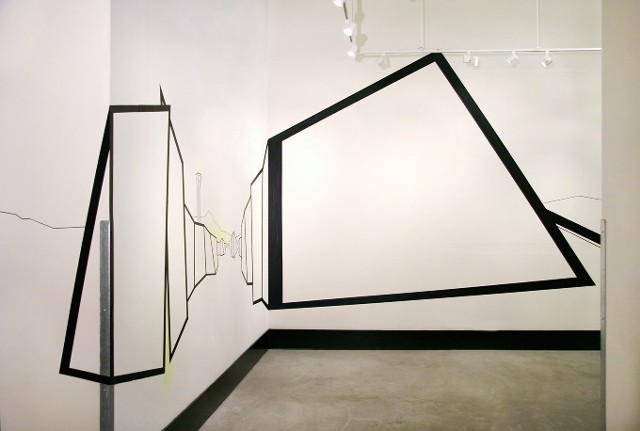 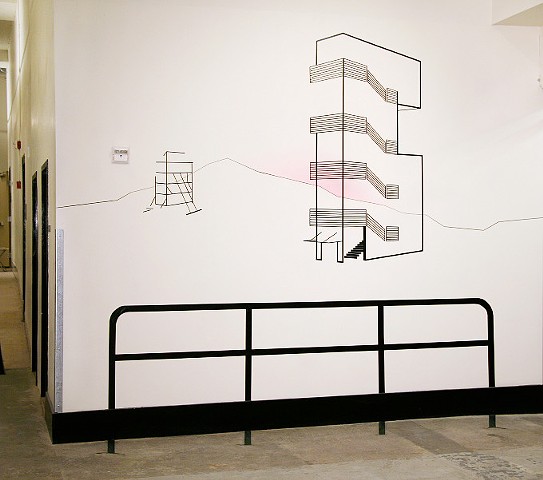 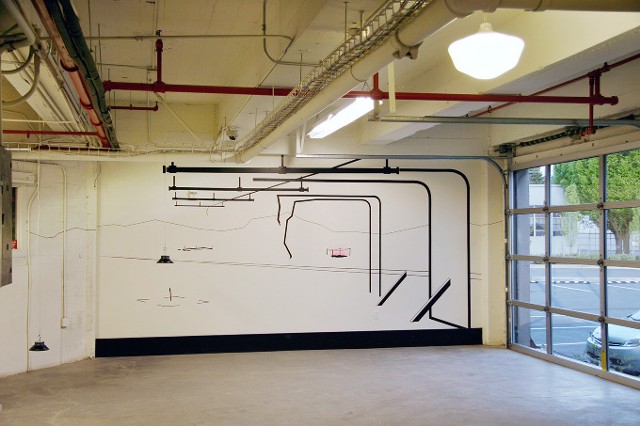 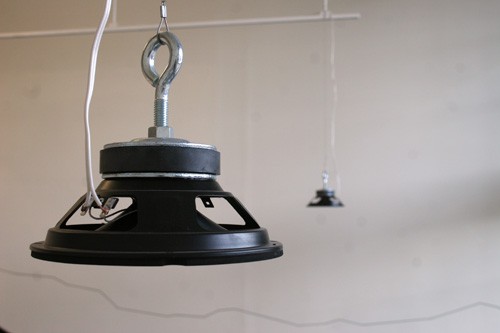 Partnering with galleryHOMELAND, Jenene Nagy and Josh Smith are pleased to announce the opening of TILT Export: Approximate, featuring new work by Damien Gilley and Ethan Rose. Using the unique architecture of the gallery as a launching off point, both artists worked collaboratively to identify, alter, and enhance its nuances. The gallery is a space that is an in-between, a place of convergence, whether it be social, auditory, or historical. Gilley's cool and removed tape installation echoes the vast industriousness of the history of the building while Rose's reverberating sound piece reflect this transitory nature, simultaneously inviting the visitor to dwell and explore the reactive alterations.

Damien Gilley is the Director and Curator of Igloo Gallery in Portland, Oregon. His work has been exhibited nationally at venues including the Art Museum of South Texas in Corpus Christi, Las Vegas Museum of Art, and RocksBox in Portland, among others. His work has been reviewed in the Willamette Week, the Portland Mercury, and Artforum, where his collaborative exhibition with Modou Dieng was also listed as a "Critic's Pick".

Ethan Rose is a sound artist living and working in Portland, Oregon. He has released recordings and performed nationally and internationally at venues including Shibuya O-Nest in Tokyo, Japan, Freeze Project in Anchorage, AK, and the as part of PICA's Time Based Art Festival. His work can also be heard as the film scores of Paranoid Park, directed by Gus Van Sant and Rise, directed by Ryan Jeffery. Rose's work has been reviewed in The Oregonian, LA Weekly, NY Magazine, and The New York Times.